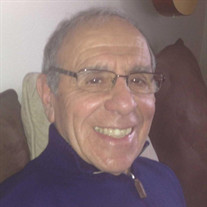 Dr. Anthony F. Cupo was born in Jersey City, New Jersey on April 13, 1931, the fifth child of Italian immigrants Pasquale Cupo and Rosa Pugliese, Anthony’s love of learning began in his childhood home where the language spoken was a combination of Napolitano dialect and “broken” English. He took pride in reading the newspaper to his father (who could only read Italian) each Sunday and remembers fondly his mother giving him her last ten dollars so he could buy books for junior college. This encouragement led Anthony to take courses at night while holding down a full-time job, quickly graduating from Jersey City Junior College. Soon thereafter he joined the US Naval Reserves serving 1 year before being drafted into the US Army. Honorably discharged after 2 years of active service, Anthony went to work for the insurance industry while also enrolling in Farleigh Dickinson University at night. He even found time to become a certified Arthur Murray dance instructor and opened a dance studio with his wife, Carol Amoroso while their daughters were still quite young. Once his education was complete with a Ph.D. in hand, he settled into the role of a college professor, mentor, and public speaker. The success he enjoyed in his professional life was mirrored by the impact he had on his friends and family. His sense of humor, a good judge of character, generosity, and good-natured disposition will be acutely missed by all who knew him. Less than 6 months after receiving a diagnosis of pancreatic cancer, Anthony passed away in his sleep on January 5, 2021, at his home, next to his partner of 16 years Mairead Morris. Anthony is predeceased by his parents, his sisters Anna Sarnatora and Josephine Cleary, his brother Frank Cupo, and his daughter Vincene Cupo. He is survived by his daughters Sarina Cupo and Dimitra Cupo, his brothers Vincent Cupo and Danny Cupo, and his four granddaughters Anna Grace Cupo-Carleton, Sophia Rose Cupo-Carleton, Rome Amoroso Gilyot, and Athena Gilyot. A memorial service with military honors is planned for June 2021 at Brigadier General William C. Doyle Veterans Memorial Cemetery in Arneytown, New Jersey COVID-permitting. To sign his guest register or to leave online condolences please visit www.ShikanyFuneralHome.com. Arrangements are being handled by Shikany’s Bonita Funeral Home Family Owned and Operated Since 1978

The family of Dr. Anthony F. Cupo created this Life Tributes page to make it easy to share your memories.

Send flowers to the Cupo family.