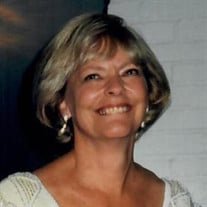 Betty Carlene Reese, a retired RN and resident of Bonita Springs, FL passed away Thurday, July 22, 2021, at the age of 77. Betty Carlene Moller was born on August 13, 1943 to Carl and Lucille Moller in McPherson, KS. She had two older half-brothers, Dwayne and Joseph, and one younger brother, Robert. She graduated from Hoisington High School (KN) in 1961 and The Wesley School of Nursing in Wichita in 1964. Her career as a nurse spanned four decades. She was licensed in six states and the last twenty years she worked for university student health services, providing students the care they needed when away from home. It allowed Betty to broaden her patient engagement to serve as both RN and as a counselor, an achievement in her career which she found truly gratifying. Betty retired in the Fall of 2001. Upon graduating from Nursing School, Betty married Fred Bolick on August 29, 1964. Together they have three children, Robert Blake Bolick (1967, Dodge City, KS), Brian Wesley Bolick (1970, Nacogdoches, TX) and Kimberly Kay Bolick (1975, Chicago, IL). Betty was a devoted mother and generous supporter of all her children’s academic and athletic activities. She never missed an event and truly loved cheering them on from the sidelines and celebrating their successes. On June 25, 1999 Betty married William Reese whom she met on a blind date, set up by a mutual friend, two years prior. After their honeymoon they decided on a fresh start, moving from Michigan to Florida, it seemed to meet the criteria with bundled golf, friendly atmosphere. Betty’s activities in Spring Run included second President of the newly formed 9-Hole Women’s Golf League. She was also involved with the Spring Run Landscape Committee and a member of the Bocce Group. But football had top priority. No activity could be scheduled on Michigan game days. Together Bill and Betty made many road trips out West and to Canada, with also visits to Michigan spending time with family and friends. Other trips included Cabo, Mexico and various cruises with friends from Spring Run. Betty is survived by her husband William Reese; half-brother, Joseph Moller; children, Blake Bolick (Colin 25; Brynne, 20); Brian Bolick (Zoe, 12), Kimberly Bolick Peterson and her husband, Kirk (Van, 10; Louisa, 6); and step-children, Joseph Reese and Christy Reese Dropiewski. A service of remembrance will be held on Thursday, September 30, 2021 at 4 PM at Spring Run. Those who wish to remember Betty in a special way may make gifts in memory to Joanne’s House of Hope Hospice, 27200 Imperial Parkway, Bonita Springs, FL 34135. To sign Betty’s guest register or to leave online condolences, please visit www.ShikanyFuneralHome.com. Arrangements are being handled by Shikany’s Bonita Funeral Home and Crematory, Family Owned and Operated since 1978.

Betty Carlene Reese, a retired RN and resident of Bonita Springs, FL passed away Thurday, July 22, 2021, at the age of 77. Betty Carlene Moller was born on August 13, 1943 to Carl and Lucille Moller in McPherson, KS. She had two older half-brothers,... View Obituary & Service Information

The family of Betty Carlene Reese created this Life Tributes page to make it easy to share your memories.

Send flowers to the Reese family.