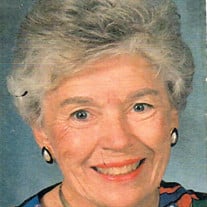 Carolyn Wilson Brown, 94, of Naples, died January 14, 2022, after a brief illness. She was born on November 9, 1927, in Cincinnati, OH, a daughter of the late Raymond K. and Thelma (Thomson) Wilson. She had been a Marco Island and Naples resident for the past 24 years, coming from Louisville, KY. She was a graduate of Atherton High School in Louisville, KY, and attended the University of Louisville. She was a member of the Sigma Kappa Sorority. While attending college, Carolyn met her future husband, Frank R. Brown. They were married on August 16, 1947, in Louisville. In December of 1958, they started Brown Sprinkler Corporation, a fire sprinkler installation company. Today, the company has three locations in Louisville, Indianapolis, and Lexington. Carolyn played an active role with the company and served on the Board of Directors as the secretary and treasurer. She was still active in the company until a week before her death. She was an avid golfer and won the Ladies Championship at Bentley Village in 2014. She, along with Frank, loved to travel to many places around the world. She is survived by her three grandchildren, Christopher F. Wildt and his wife, Meredith of San Diego, CA; Melissa E. Barlar and her husband, Zach of Murfreesboro, TN; Casey Beneke and her husband, Rob of Louisville, KY; and four great-grandchildren. She was preceded in death by her husband, Frank R. Brown, who died September 10, 2018; her son, Richard R. Brown, who died on November 14, 2016; her daughter, Carol B. Wildt, who died June 9, 2007; and her two brothers, Raymond K. Wilson, and Charles E. Wilson. Services for Carolyn will be held in Louisville, KY, at a date to be determined. In lieu of flowers, donations can be made to Avow Hospice or Marco Island Food Pantry. To sign her guest register or leave online condolences, please visit www.ShikanyFuneralHome.com. Arrangements are being handled by Shikany’s Bonita Funeral Home Family Owned and Operated Since 1978.

Carolyn Wilson Brown, 94, of Naples, died January 14, 2022, after a brief illness. She was born on November 9, 1927, in Cincinnati, OH, a daughter of the late Raymond K. and Thelma (Thomson) Wilson. She had been a Marco Island and Naples resident... View Obituary & Service Information

The family of Carolyn W. Brown created this Life Tributes page to make it easy to share your memories.

Send flowers to the Brown family.