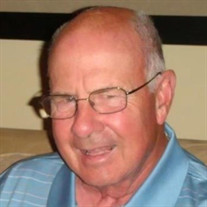 David C. Bowers 85, of Bonita Springs, FL died on March 8, 2022 at his residence. He was born January 6, 1937 in Evanston, IL a son of the late Cletus and Florence (née Crawford) Bowers. He had been a resident of Bonita Springs for the past 20 years coming from Granville, OH and South Bend, IN. Dave attended high school at Evanston Township HS in Evanston, Illinois, and at Traverse City Central HS (TCHS) in Traverse City, Michigan. While at TCHS he excelled at football, achieving national recognition, notwithstanding a shoulder harness he had to wear to protect an unstable shoulder that was prone to dislocation. He then pursued undergraduate studies at the University of Michigan, where he also advanced his football career by playing tight end for the Michigan Wolverines. After finishing his undergraduate studies, he then sought and was awarded an MBA degree at Michigan, and then followed with a Juris Doctor degree from John Marshall Law School in Chicago. He began his business career with IBM, PWC, and eventually landed at 1st Source Bank in South Bend, IN becoming their CFO. He then spent 15 years with the Park National Bank in Newark, OH working in several roles and ending his career as Executive Vice President of Park National Bank and Secretary of Park National Corporation, retiring in 2003. After retirement, Dave volunteered with several organizations but loved his work specifically with the 2010 Bonita Bay Club Turnover Committee in Bonita Springs, FL, the Diamond Lake Association in Cassopolis, MI, and on the Resident Finance Committee of the Terraces of Bonita Springs, a Senior Living Community. Dave was a quiet soul, and often a man of few words, but his laugh was infectious, and he made a point of working to stay connected with every one in which he had become close to throughout his life. Dave valued his family bonds and relationships with friends dearly. He was a member of the Bay Presbyterian Church in FL. He is survived by his three children, Matthew W. Bowers and his wife, Emeli, of Littleton, CO, Lisa A. Hilker and her husband, John of Williamsburg, VA and Julie B. Bullock of Plymouth, MI; 5 grandchildren and his brother, John Bowers and his wife, Linda of Oakland, CA. He was preceded in death by his wife, Susan R. Bowers who died in 2015, and by his brother, Bill Bowers who died in 2016. A memorial service in Dave’s honor is currently scheduled for 3 pm ET on Monday, May 9, 2022, at Bay Presbyterian Church in Bonita Springs, FL with a reception to follow at the Bonita Bay Country Club’s Fireside Room. Additional details to follow in time. In lieu of flowers please consider a donation in Dave’s honor to The American Lung Association or to The Autism Alliance of Michigan. To sign his guest register or to leave online condolences please visit www.ShikanyFuneralHome.com. Arrangements are being handled by Shikany’s Bonita Funeral Home Family Owned and Operated Since 1978.

David C. Bowers 85, of Bonita Springs, FL died on March 8, 2022 at his residence. He was born January 6, 1937 in Evanston, IL a son of the late Cletus and Florence (née Crawford) Bowers. He had been a resident of Bonita Springs for the past... View Obituary & Service Information

The family of David C. Bowers created this Life Tributes page to make it easy to share your memories.

Send flowers to the Bowers family.