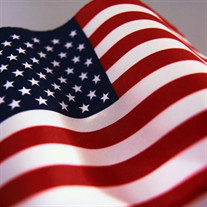 David Cusson 78, of Ft. Myers, FL, and a former resident of Bonita Springs died Saturday, April 10, 2021, at Gulf Coast Hospital. David was born on October 25, 1942, in Hartford, CT a son of the late Aime P. and Margaret T. (Bensetler) Cusson. He had been a resident of Bonita Springs and Ft. Myers for the past 40 years moving from Ft. Campbell, KY. David was a Vietnam veteran having served 3 tours in Vietnam and retired after a 20-year career in the U.S. Army. He relocated to Bonita Springs to work in the family business, Cusson Manufacturing, an RV storage and repair facility located on Old 41. He is survived by his children, David M. Cusson (Melanie), Shirley Jo Martinez (John), Timothy L. Barrington, Wendy K. Rush, Nancy K. Garstka and Lesia L. Dorough; two sisters, Jane Colopierto (Don) and Ann Glowacki (John) and numerous grandchildren, great-grandchildren and one great-great-granddaughter. He was preceded in death by his parents, his wife, Martha F. Cusson who died in 2002 and a son, Robert D. Phillips who died in 2009. The family will receive friends on Tuesday, April 13, 2021, from 5:00 PM to 7:00 PM at Shikany’s Bonita Funeral Home 28300 So. Tamiami Tr., Bonita Springs. The family suggests that in lieu of flowers memorial donation in his memorial be made to the Wounded Warrior Project at https://www.woundedwarriorproject.org/ To sign his guest register or to leave online condolences please visit www.ShikanyFuneralHome.com. Arrangements are being handled by Shikany’s Bonita Funeral Home Family Owned and Operated Since 1978.

The family of David Cusson created this Life Tributes page to make it easy to share your memories.

Send flowers to the Cusson family.