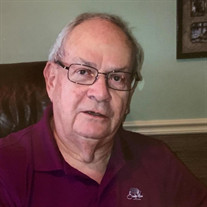 Dr. David “Dave” L. Kurtz passed away peacefully at his home in Bonita Springs, Florida on April 6, 2022, at the age of 81. After growing-up on the eastern shore of Maryland, Dave left for David & Elkins College (where he later received an Honorary Doctorate), with little idea as to where his career would take him. Upon receiving his undergraduate degree from Davis & Elkins he left for graduate school at the University of Arkansas. While at Arkansas, Dave met Louis “Gene” Boone, a meeting that would in many ways, shape the future learning experience for tens of millions of students. Dave discovered two passions while receiving his Masters of Business Administration and Ph.D. at Arkansas, marketing and teaching. This passion led to a career that included countless teaching awards, numerous organizational leadership roles as well as the authoring or co-authoring of more than fifty books and 130 articles and papers published in all the top marketing publications. Dave held many teaching and department head positions from Seattle-to-Australia-to-Michigan, ultimately returning to the University of Arkansas, to finish his award-winning career as Distinguished Professor of Marketing and the R.A. and Vivian Young Chair of Business Administration. He also remained very close with Dr. Boone with whom, he created a lifetime partnership. Early in their teaching careers, Drs. Boone & Kurtz made a decision to enter the business of textbook authorship, with the goal of enhancing the student experience. Always the marketers, they listened to their potential customers with incredible results. The partnership changed the way textbooks would be written and formatted for years to come and produced books that have been utilized by more than 7-million students. Their two capstone books; Contemporary Marketing and Contemporary Business were industry leaders for many years. Both of these textbooks have won the prestigious William Holmes McGuffey Award for Textbook Excellence and Longevity. Throughout his personal life, Dave had many passions including fine dining, wine, travel, politics, but none as dear to him as his beloved wife Diane Kurtz. They spent many years travelling to virtually every continent around the world, playing golf and enjoying their children and grandchildren. Dave is survived by his loving wife, Diane. He was a proud father to daughter Jennifer and Diane’s daughter Kellie and Diane’s sons Fred (Tami) and Tom (Holly). He could not have been more-proud of his six grandchildren; Katie, Tori, David, Nathan, Grace, Carter and great grandson Carson. Dave was preceded in death by his parents Reed and Katherine, brother James “Jim” Kurtz and longtime friend and business partner, Dr. Boone. Per his wishes a seaside toast and celebration of life for immediate family will be had at a later date. In lieu of flowers, please consider a donation to MD Anderson Cancer Center https://gifts.mdanderson.org/ Arrangements are being handled by Shikany’s Bonita Funeral Home, Family Owned Since 1978.

Dr. David &#8220;Dave&#8221; L. Kurtz passed away peacefully at his home in Bonita Springs, Florida on April 6, 2022, at the age of 81. After growing-up on the eastern shore of Maryland, Dave left for David & Elkins College (where he later... View Obituary & Service Information

The family of David Lee Kurtz created this Life Tributes page to make it easy to share your memories.

Send flowers to the Kurtz family.