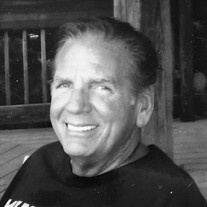 Dennis James Quinn, who was born to James and Marie Quinn in Bronxville, NY on Oct. 21, 1943, died on April 19, 2022. He was 78 years old. Dennis has two brothers, Kevin and James, and all three of them grew up in Greenburgh, NY. Dennis met many of his longtime friends and bandmates at Our Lady of Mount Carmel School in Elmsford, NY. He graduated from Archbishop Stepinac High School in White Plains, NY, in 1961, after becoming well known as superb drummer on the local band scene and an excellent hockey player. Among Dennis’ close, longtime friends that became very important to him throughout his life were Joseph Salta – known to Dennis’ children as “Uncle Joe,” who died several years ago; Neil Pagano, who Dennis simply referred to as one of the greatest Americans he ever knew; and Billy Vera, known to many as the singer of the hit song “At This Moment,” which hit #1 for several weeks in January 1987. It was at Stepinac that Dennis would be instrumental in forming what became a very popular local band named the “Pharaohs,” which included Billy Vera, known to many as the singer of the aforementioned hit, “At This Moment,” which became the unofficial theme song of the popular 1980’s TV show, “Family Ties”; and Neil Pagano, who served four tours of duty in Vietnam as both an Army Ranger and in Special Forces, and was later elected mayor of Port Chester in April 2013. Upon graduation, Dennis attended Marquette University in Milwaukee, WI, where he would meet his eventual wife, Renae Julien. Dennis continued to play drums for several bands in Milwaukee and New York, but upon graduation he gave that up to marry the love of his life, Renae, and eventually have four kids – Steven, Patrick, Stacey and Heather. Dennis became a salesman at this time and would spend the rest of his career in sales in some capacity because he was known to all of his colleagues as one of the best salesman they ever knew. “Quite simply, the man could sell ice cubes to Eskimos,” one of his business partners once said. While Dennis moved around quite a bit over the years, his happiest years were in Washington, DC, where three of his children were born. He became a rabid Washington Redskins fan during the era of George Allen’s legendary “Over The Hill Gang.” In fact, when his son, Patrick, turned 15, Dennis gave him as a birthday gift, the “Official Dallas Cowboys Hater’s Handbook.” But, when it comes to football, there was no equal to the Notre Dame Fighting Irish in Dennis’ mind. His father and both brothers attended Notre Dame and he indoctrinated his sons, Steven and Patrick, into the pageantry, lore, history and excitement of ND football from birth. In fact, some of the most memorable times Dennis had with his boys were at South Bend for multiple games over the years, and part of Dennis’ ashes will spread at the Grotto of Our Lady of Lourdes on the ND campus next fall. Beyond these things and, more importantly, Dennis was a recovering alcoholic, and during his 35 years of sobriety he helped countless young men and women to find a way out of the scourge of alcohol and drug addiction through spiritual mentoring, sponsorship, love, kindness and a gentle ear for listening to the next suffering alcoholic that needed to find a new way to live – or they would die. And, since he lived and died by these principles, it is only fitting to close with the following prayer: “God grant me the serenity to accept the things I cannot change, The courage to change the things I can, And the wisdom to know the difference, Thy will, not mine, be done.” Dennis is survived by his four children – Steven, Patrick, Stacey and Heather; and his four grandchildren – Brianna, Austin, Carter and Brady. A celebration of Life will be held on Saturday April 30, 2022 at 11:00 A.M. in Shikany’s Bonita Funeral Home 28300 S Tamiami Trail, Bonita Springs, FL 34134. (239) 992-4982. To sign Dennis guest register or to leave on line condolences, please visit www.ShikanyFuneralHome.com Arrangements are being handled by Shikany's Bonita Funeral Home & Crematory Family Owned and Operated Since 1978

Dennis James Quinn, who was born to James and Marie Quinn in Bronxville, NY on Oct. 21, 1943, died on April 19, 2022. He was 78 years old. Dennis has two brothers, Kevin and James, and all three of them grew up in Greenburgh, NY. Dennis met... View Obituary & Service Information

The family of Dennis James Quinn created this Life Tributes page to make it easy to share your memories.

Dennis James Quinn, who was born to James and Marie Quinn in...

Send flowers to the Quinn family.