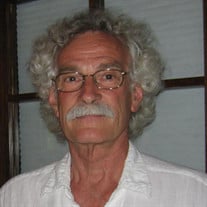 Donald E. Henson, Ph.D. 77, of Bonita Springs, FL died on April 11, 2022 in Naples, FL. Don was born on May 21, 1944 in Sterling, IL a son of the late Kermit and Charlotte (Scott) Henson. He grew up in Sterling, lived in Southern Illinois and then Springfield until he became a resident of Bonita Springs in June of 2018. He received his Bachelor’s degree in Psychology from Louisiana State University in 1968. He continued his education at Southern Illinois University where he earned his Master’s in Behavior Modification in 1970 and his Ph.D. in Psychology in 1977. His career began while he was still a student. He worked as a Graduate Research Assistant, a Visiting Assistant Professor, Research Associate, Behavioral Scientist, and Staff Psychologist. In 1983, he began working as a Medical Consultant with the Illinois Department of Human Services, Disability Determination Services, in Springfield, IL. He held that position until his retirement in 2018. He was also a member of the American Psychological Association and the Illinois Psychological Association. Don is survived by his loving wife of 29 years, Stefany J. Henson (Steingraber) of Bonita Springs, FL; his three brothers, John Henson (Marie) of Sterling, IL, Tom Henson (Marlys) of Mesa, AZ and David Henson (Suzanne) of Chicago and his sister, Karen Garza (Robert) of Sterling, IL. Also four daughters, Michelle Petermeyer (Rick) of Springfield, IL, Melanie Derry (John) of Asheville, NC, Shannon Hemberger (Scott) of Springfield, Trisha Hibbs (John) of Orangevale, CA and seven grandchildren, Lauren, Zachary, Lilly, Quentin, Delaney, Callum, Phoebe and several nieces and nephews. Don’s pursuits were many and varied but handball in all its forms was his ongoing passion. The kingpin of Springfield handball, he was personally responsible for the “Capital Punishment Doubles” tourney. Always a superb athlete, when the occasional injury and advancing age began to supplant his youth, his guile and street-savvy made him a true chess master on the court earning him the nickname “el Gato” among his opponents. Small wonder that he began and ended his day thinking about his next game. Don loved handball. And handball loved Don. He will be missed by many. Services for Don are being scheduled for later this summer in both Springfield and Sterling, IL and will be announced at a later date. Memorial contributions in Don’s name may be made to the United States Handball Association, 2333 N. Tucson Blvd., Tucson, AZ 85716, www.ushandball.org. To sign his guest register or to leave online condolences please visit www.ShikanyFuneralHome.com. Arrangements are being handled by Shikany’s Bonita Funeral Home, Family Owned and Operated Since 1978.

Donald E. Henson, Ph.D. 77, of Bonita Springs, FL died on April 11, 2022 in Naples, FL. Don was born on May 21, 1944 in Sterling, IL a son of the late Kermit and Charlotte (Scott) Henson. He grew up in Sterling, lived in Southern Illinois and... View Obituary & Service Information

The family of Donald E. Henson, Ph.D. created this Life Tributes page to make it easy to share your memories.

Send flowers to the Henson, family.