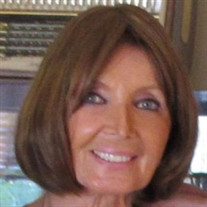 On July 26, 2021, Dorrit “Dee” Valesca Murray of Naples, Florida passed away at home from complications of Parkinson’s disease. Dee was born in Hamburg, Germany on July 20, 1935 to Boto and Valesca Riegert. Her family immigrated to the US in 1953 and settled in Bronx, New York where she worked various jobs (including as a model, a bank teller, and as a salesperson at Wempe Jewelers in Manhattan) and eventually met her husband, Don Murray, who she married in 1961. In 1975, they relocated to Edina, Minnesota to be near 3M headquarters in St. Paul, where Don held the position of Executive Director of Health Care Services until his retirement. The family also spent a few years living in Sydney, Australia. Dee took great pride in the consignment clothing store, Encore, that she owned for many years. She had also worked as a personal shopper and was widely known for her great taste and fashion sense. After retiring to Naples, Dee enjoyed her dogs, playing tennis, shopping, spending time with her many close friends, caring for her grandchildren and taking vacations with her family. Dee is survived by her son Steven Murray of St. Paul, Minnesota, daughter Susan Murray and grandsons Munro and Quinn Murray of New York, New York, and her sister Ursula Riegert Sievers Scheel of Hamburg, Germany. A celebration of life will be held at a later date. To sign Dee’s guest register or to leave online condolences, please visit www.ShikanyFuneralHome.com Arrangements are being handled by Shikany’s Bonita Funeral Home & Crematory Family Owned and Operated Since 1978

The family of Dorrit V. Murray created this Life Tributes page to make it easy to share your memories.

Send flowers to the Murray family.