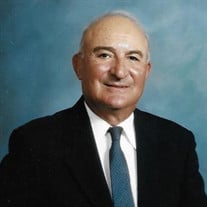 Gholam “Paris” Malek M.D., 85, died at home in Bonita Springs, FL on November 9th, 2021. He was born July 6th,1936 and he married the love of his life, Molly Thacker, in 1967. He practiced urology in Madison, WI until his retirement in 2004, when he moved to Florida with Molly. He was a board-certified urologist, member of the American Urological Society, Fellow of the American College of Surgeons and Clinical Professor of Urology at the University of Wisconsin Medical School. He served as the President of Medical Staff and Chairman of the Department of Surgery at Methodist and Meriter Hospitals and Past President of the Wisconsin Urological Society. Dr. Malek was a pioneer of renal transplants and he practiced medicine on three continents, but he remained a Midwesterner at heart. His success as a surgeon was only matched by his rectitude, compassion, and work ethic, as well as his discomfort at being a patient. His greatest pleasures were planting hundreds of trees and hunting with his beloved dog Phoebe on his farm in Baraboo, WI, and spending time with his family. He was an endearing “Pop Pop” to his grandchildren, a loving “Pops” to his children, and a devoted partner to his wife. He cherished the camaraderie of his colleagues and friends, and he will be remembered for being a true gentleman with deep integrity, immense generosity, and a wry sense of humor. He is survived by wife, Molly; two children, Kayvan Malek and Susanne (Anthony) Fagan; four grandchildren, Olivia and Benjamin Malek and Molly and Lucy Fagan; his brother, Hooshang Malek; and many nieces and nephews. Dr. Malek, Paris, Pops, Pop Pop will be forever loved, admired, and missed. To sign his guest register or to leave online condolences, please visit www.ShikanyFuneralHome.com. Arrangements are being handled by Shikany's Bonita Funeral Home and Crematory, Family Owned and Operated since 1978.

The family of Gholam Malek M.D. created this Life Tributes page to make it easy to share your memories.

Send flowers to the Malek family.