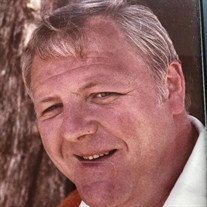 Not sure what to send?

Born on August 2, 1941, James Sidney McCarthy passed suddenly and peacefully in his sleep, in his Bonita Springs, FL home on April 18, 2022, at the age of 80. He was predeceased by his father, James Leo McCarthy, his mother, Geraldine Schmidl McCarthy, his daughter Christine Anne McCarthy, his son Kyle Patrick McCarthy and his brother Gerald E. McCarthy of Ormond Beach, FL. He is survived by his loving and devoted wife of 57 years, Carol Anne Odenbach McCarthy, his son, James R. McCarthy (Kelly), his sisters Patricia Schmitt (Albert) and Carol Corrigan, his brother Shawn McCarthy (Jann), his brothers-in-law, R. Christopher Odenbach (Jean), Gerard Odenbach (Linda), and Peter Odenbach (Patti), and his sister-in-law Marianne Blanchard (Jeffrey), his grandchildren, Jamie, Sydney, and Ryan McCarthy and Krisandra Kneer, several nieces and nephews, and many dear, lifelong friends. Jim grew up in the 19th Ward of Rochester, NY. The eldest of 5 children. He went on to graduate from McQuaid Jesuit High School as part of the great class of ’59 and received a Bachelor of Arts degree in History from the College of the Holy Cross in 1963. He began his career as a History teacher and Soccer Coach at McQuaid Jesuit. In 1965 he continued his career as the Vice President of Sales at the Dolomite Group until his retirement to Bonita Springs, FL in 2000. Jim was a sports LOVER. He had a lifelong love/hate relationship with the Boston Red Sox. He was a standout athlete at McQuaid as a varsity soccer, basketball, and baseball player. Jim learned to play the game of golf after college and was a member at Oak Hill Country Club for 52 years and at Shadow Wood Country Club in Bonita Springs for 22 years, where he enjoyed many rounds with Carol and his friends. At OHCC he participated in the longest Inter-Club Golf competition, The League of the Iroquois as a distinguished captain of the Braves. He also enjoyed many Oak Hill and Shadow Wood Invitationals. Jim was also passionate about his love for all animals, especially the many dogs that he lovingly cared for throughout his lifetime. He was as loyal to them as they were to him. Jim had many other interests as well, including being an avid and voracious reader and world traveler. He shared his love of travel with Carol and took many trips with friends and family. Finally, and to no one’s surprise that knew him, Jim had many monikers, Jim, MAC, Macadoo, Uncle Jim, Sidney, Seamus, Dad and Papa. No matter what you called him, his eyes would twinkle, he would give you his signature smirk, a sideways glance and often a hearty chuckle. We will all miss his dry wit and that sparkle. A private family interment was held earlier this month at White Haven Memorial Park. A Memorial Mass and Celebration of Life will be held on Tuesday, May 24 at 10 am at St. John of Rochester, 8 Wickford Way, Fairport, NY 14450. In lieu of flowers, memorial contributions may be made in Jim’s name to Lollypop Farms, 99 Victor Rd., Fairport, NY 14450 or McQuaid Jesuit High School, 1800 S. Clinton Ave., Rochester, NY 14618. Please leave a memory of Jim for the family below. Arrangements are being handled by Shikany's Bonita Funeral Home, Family Owned Since 1978.

Born on August 2, 1941, James Sidney McCarthy passed suddenly and peacefully in his sleep, in his Bonita Springs, FL home on April 18, 2022, at the age of 80. He was predeceased by his father, James Leo McCarthy, his mother, Geraldine Schmidl... View Obituary & Service Information

The family of James S. McCarthy created this Life Tributes page to make it easy to share your memories.