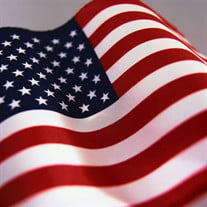 James J. O’Reilly 89, of Estero, FL died February 7, 2021 at his residence. He was born on July 29, 1931 in Oak Park, IL a son of the late James F. and Johanna (O’Donahue) O’Reilly. Formally of Lombard, IL, he had been wintering in Florida since 1998 and just 6 months ago he made Estero his permanent residence. He was a graduate of Fenwick High School in Oak Park and right out of high school he went to work at Pitney-Bowes. While Jim was working at Pitney-Bowes he was drafted and joined the U.S. Army. He would spend the next two years serving his country during the Korean Conflict. After returning home, he rejoined Pitney-Bowes at their service center in Oak Park where he spent the next 40 years as a service technician. He was able to retire at the age of 62. During his youth, Jim loved the game of baseball whether it was a pickup sandlot game with his friends or watching or listening to a White Sox game on TV or the radio. He was an avid White Sox fan and Chicago Bears season ticket holder for over 25 years. He is survived by his beloved wife, Josephine O’Reilly; daughter, Eileen M. Schreiner and her husband, Frank L. Schreiner of St. Charles, IL; son, James M. O’Reilly and his wife, Maureen O’Reilly of Mesa, AZ; 3 grandchildren, Allison Schreiner, Eric Schreiner and Noelle O’Reilly. He is also survived by his sister, Mary Mulheran of Gobles, MI. His family will receive friends on Thursday, February 11, 2021 from 3:00 PM to 5:00 PM at Shikany’s Bonita Funeral Home 28300 So. Tamiami Tr., Bonita Springs, FL. A Catholic Scripture service will be held at 5:00 PM. Additional services and burial will be held at Queen of Heaven Cemetery in Illinois at a date to be determined. To sign his guest register or to leave online condolences please visit www.ShikanyFuneralHome.com. Arrangements are being handled by Shikany’s Bonita Funeral Home Family Owned and Operated Since 1978.

The family of James J. O'Reilly created this Life Tributes page to make it easy to share your memories.

Send flowers to the O'Reilly family.