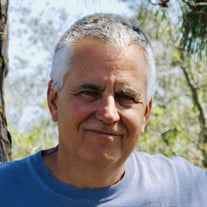 John J. Sand, Jr. 78, of Estero, FL passed away on Tuesday, December 29, 2020 at Joanne’s House at Hope Hospice. John was born on December 26, 1942 in Danville, IL a son of the late John J. and Marcella H. (Lynch) Sand, Sr. He had been a resident of Estero since 2002, coming here after many years in Lebanon Township, NJ. He was a veteran of the Vietnam War having served in the U.S. Navy. John retired from a long career in banking in 2001 as a Vice President in commercial lending at PNC bank. John enjoyed the outdoors and would spend his time hiking, kayaking, traveling, and taking nature photos. He put great emphasis on family and friendship. John was still in contact with friends from elementary school in New Jersey as well as those he’d met since moving to southwest Florida. John was a parishioner at Our Lady of Light Catholic Community in Ft. Myers. He is survived by his loving wife, Marilyn A. Sand of Estero, FL; son, Jason P. Sand of Denver, CO; daughter, Kelly L. Rubin and her husband, Jamie of Arlington, VA; 4 beloved grandchildren, Logan J. Sand, Zachary P. Rubin, Grace R. Rubin and Elizabeth R. Rubin. He is also survived by his brother, James R. Sand and his wife, Carol of Cape Coral, FL and his sister, Judith Kirk and her husband, Donald Kirk of Carmel, CA. Services for Mr. Sand were held on Thursday, December 31, 2020 at Our Lady Light Catholic Community Memorial Garden with military honors provided by the U.S. Navy. The family suggests that in lieu of flowers memorial donations in memory of John be made to the Alzheimer’s Association Florida Gulf Coast Chapter or to the Parkinson Foundation 200 SE 1st St., Ste. 1509, Miami, FL 33131. To sign his guest register or to leave online condolences please visit www.ShikanyFuneralHome.com. Arrangements are being handled by Shikany’s Bonita Funeral Home Family Owned and Operated Since 1978.

The family of John J. Sand Jr. created this Life Tributes page to make it easy to share your memories.

Send flowers to the Sand family.