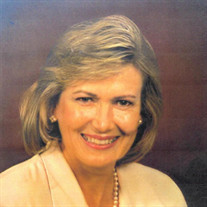 Juda Lane (Hicks) Randall of Naples, FL was born June 28, 1942, in Danville, Indiana to the late Hurshel Hicks and Dorothy May Lay Hicks. She died on June 3, 2021, in Naples, Florida from complications of Alzheimer’s disease. She married Robert Randall, formerly of Coldwater, Michigan, in 1985 and he survives. Juda is also survived by her children: Angela Keeney of Tampa, Florida, Annette Keeney of Naples, Florida, Amanda (Stephen) Murphy of Las Vegas, Nevada and Michael (Jessica) Keeney of Dunwoody, Georgia; stepchildren, Scott (Mickey) Randall of Marquette, Michigan, Wendy (Mark) Hines of Hattiesburg, Mississippi, and Brooks (Melissa) Randall of Marion, Ohio. Grandchildren: Connor Murphy, Megan Murphy, Bradley Talbott, Elise Keeney, Brandon Hines, Nikolas Hines, Nash Randall, and Sydney Randall; four great-grandchildren; and numerous nieces and nephews. Predeceased by her parents and her siblings: Rhetas Griffith, Louise Grimes, Clint Hicks, Mike Hicks, and two nephews. She was a 1960 graduate of Pittsboro High School, a 1962 graduate of Porter Business College, and retired Executive Secretary for GTE Corporation in Indianapolis. After retiring she and her husband Bob spent summers at their home in Michigan and winters at their home in Florida. She was a member of the First Presbyterian Church of Bonita Springs, Florida since 1995. She was an accomplished artist, home decorator, and gardener, and never met a stranger. She enjoyed golf and taking long walks. She had a sensitive soul and loved all animals, especially her Cavalier King Charles dogs, Daisy, Robbie, and Angel, and her Cocker Spaniel, Sharleigh. Whether she was called Momma, Grandma, or AJ, she will always hold a special place in the hearts of her family because of the loving influence she had in their lives. Her final days were made comfortable by her caretakers at Bayshore Memory Care and Avow Hospice of Naples, Florida. A private family service is planned at the First Presbyterian Church Resurrection Garden in Bonita Springs, Florida. In lieu of flowers, the family requests donation to the Alzheimer’s Association or your local Hospice organization. Arrangements are being handled by Shikany’s Bonita Funeral Home Family Owned and Operated Since 1978.

Juda Lane (Hicks) Randall of Naples, FL was born June 28, 1942, in Danville, Indiana to the late Hurshel Hicks and Dorothy May Lay Hicks. She died on June 3, 2021, in Naples, Florida from complications of Alzheimer&#8217;s disease. She married... View Obituary & Service Information

The family of Juda Lane Randall created this Life Tributes page to make it easy to share your memories.

Send flowers to the Randall family.