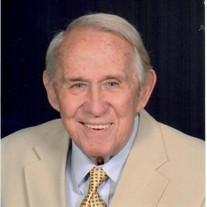 Leonard (Len) A. Boreski, 84, of Estero, FL and Berwyn, PA passed away peacefully on February 3, 2022. A long-time resident of the Philadelphia area, Len was born on July 11, 1937 in Camden, NJ. He was the son of the late Alexsander and Jadwiga Boreski and brother to three sisters who preceded him in death – Jenny Banfield, Wanda Hurley and Mary DiPersio. Len graduated from Camden High School in 1955 and then attended Drexel University where he earned a Bachelor of Science degree in Business Administration. While at Drexel he met his wife, Elaine, with whom he would spend the next 60 plus years of his life. Following graduation from Drexel, Len was commissioned as an officer in the US Army and stationed at Fort George G. Meade in Maryland. While in Maryland, Len earned a Master’s in Business Administration from George Washington University. After proudly serving his country, he began a long, rewarding career at International Business Machines (IBM). As head of human resources for IBM’s Americas and Far East division, Len had the opportunity to build relationships across the world and leave a lasting impact on the organization and its employees. Perhaps most rewarding were the people he met at IBM, as many of his work colleagues became his lifelong friends. Following IBM, Len worked for the Pennsylvania Chamber of Commerce addressing healthcare related issues and lobbying for nation-leading healthcare cost legislation. Outside of his career, Len was passionate about traveling the world with extended family and friends creating lasting memories and many good stories. He was an avid reader, follower of the stock market, and enjoyed playing tennis and golf at Pelican Sound. Len was known among his friends and family for his quick wit and always leaving them laughing. Len is survived by his loving wife, Elaine, daughter and son-in-law, Susan and Brian Wilchusky, and his treasured grandchildren, Connor and Ally. A service to celebrate Len’s life will be held in the future at the convenience of the family. In lieu of flowers, please consider a donation to Hope Hospice in Fort Myers (Donate.HopeHCS.org) where Len received tremendous comfort and care towards the end of his life. To sign Len’s guest register or to leave online condolences, please visit www.ShikanyFuneralHome.com. Arrangements are being handled by Shikany’s Bonita Funeral Home, Family Owned and Operated since 1978.

Leonard (Len) A. Boreski, 84, of Estero, FL and Berwyn, PA passed away peacefully on February 3, 2022. A long-time resident of the Philadelphia area, Len was born on July 11, 1937 in Camden, NJ. He was the son of the late Alexsander and Jadwiga... View Obituary & Service Information

The family of Leonard A. Boreski created this Life Tributes page to make it easy to share your memories.

Send flowers to the Boreski family.