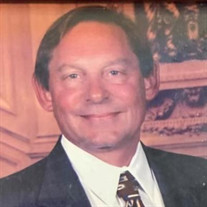 Paul Joseph Klens died January 29, 2022 at his home in Naples, Florida. He was born on April 22, 1954 in North Plainfield, New Jersey, to Paul Frank Klens and Shirley Rock Klens, the second child of four siblings. He grew up in Clintondale, Pennsylvania – a small village surrounded by farm fields in Nittany Valley where he enjoyed exploring the countryside in all weather and hiking up the mountains near his home, with his siblings and family dogs. He also enjoyed fishing in his younger years and never missed an opening day of trout season – no matter how cold – standing side by side with other anglers along Fishing Creek near his home. In later years he fished by the Oswego River and along the St. Lawrence River in NY and in Florida. Early in his youth he demonstrated a creative design interest and curiosity, building models from balsa wood of planes, buildings and kites, among other constructions. He was also an enthusiastic model rocketeer. This talent served him well in his future studies and career. Paul graduated from Bald Eagle Nittany High School in 1972. In the summers he worked in construction trades and traveled. He attended Penn Tech College in Williamsport, and then enrolled in Antioch College where he participated in their travel/work study program which took him to Belize and Okracoke Island, North Carolina, alternating with classes on campus in Ohio. He transferred to Pennsylvania State University, graduating in Agricultural Mechanization, in the College of Agriculture, where his grandfather graduated in 1911 (his mother referred to his undergraduate academic career as his “10 year plan to get through college”). Paul earned a Master’s degree in landscape architecture at North Carolina State University and began work in his chosen profession, holding licenses in several states including Florida, where he practiced for the balance of his career as a very well-known landscape architect. He retired from this profession in 2021 but continued to consult and work with long-time clients in the Naples area. His work included urban planning, commercial and residential projects along the Gulf Coast. In the course of his life he traveled through almost all the European countries, across the United States, Central America and in Canada. He was fond of friends he made from Monaco to Mill Hall, PA and retained special friendships for many years. Paul loved his wife Lynda and his family. He enjoyed building wooden models of classic boats and built a full-scale reproduction of a small boat, that he christened in honor of his mother, “The Shirley R.” His early creativity lent itself to practical and beautiful landscape designs and he enjoyed gardening, having come from several generations of avid gardeners. He also enjoyed cooking and hosting friends and family. In his semi-retirement he was looking forward to working on a landscape design for a family member. He was also looking forward to resuming an interest he had at Penn State; where he studied with renowned artist Kenneth Beittel, in pottery courses. He was also planning to work on several small woodworking projects. Paul is survived by his wife, Lynda Brown, his children Joseph Klens and William (KC) Klens, his sisters, Elizabeth Klens Wilson (Jon Wilson) of State College, PA, Deborah Klens-Bigman (Vernon Bigman) of Bronx, NY, Julia Klens Caprio of Knoxville, TN; nieces and nephews Tessa Cortes, Michelle Wilson Ivicic, Matt Wilson, Jon Sumner Wilson, Steffan Paul Wilson, and 11 great-nieces and nephews. He cared about animal welfare issues and enjoyed the company of various pets since his youth, including his beloved German Shepherd, Tigger, a constant companion for many years. He and Lynda also adopted rescue cats, of whom he was fond and could never turn away. Their seven cats include Gator, Ibis, Icon, Mona, Mia, Molly and the newest edition Tommy. A memorial will be held at a future date. Gifts in memory of Paul J. Klens can be made to: 100+ Abandoned Dogs of Everglades Florida Rescue. (100plusabandonedogsevergladesflorida.org) Arrangements are being handled by Shikany's Bonita Funeral Home.

Paul Joseph Klens died January 29, 2022 at his home in Naples, Florida. He was born on April 22, 1954 in North Plainfield, New Jersey, to Paul Frank Klens and Shirley Rock Klens, the second child of four siblings. He grew up in Clintondale,... View Obituary & Service Information

The family of Paul Joseph Klens created this Life Tributes page to make it easy to share your memories.

Send flowers to the Klens family.