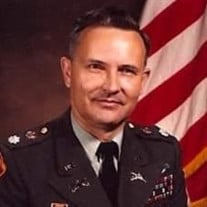 Thomas W.W. Atwood, 91 of Bonita Springs, FL passed away Friday, November 5, 2021 at Physicians Regional Hospital in Naples. He had been a winter resident of Bonita Springs for many years before moving permanently from Libertyville, IL. Tom was born March 12, 1930 in Portland, ME the son of the late Edward W. and Luena (Hutchinson) Atwood. He was raised in Cape Elizabeth and educated at New York Military Academy and Norwich University. Mr. Atwood enlisted in the Army National Guard in 1949 and was commissioned in the Regular Army upon graduation from Norwich in 1953. Although primarily a tanker, he was a combat infantryman and senior parachutist. He served in various units stateside and overseas, including the occupation of Germany and two tours in Vietnam where he was wounded in 1963. Retiring in 1977 with 24 years of active service, he then served 8 years as the Director of Army Instruction in Waukegan Illinois Public Schools. In addition to his parents, he was preceded in death by his son, Edward S. Atwood in 1984; and wife of 56 years, Maryan G. (Goodall) Atwood in 2012. Survivors include his wife of 6 years, Jeannette Halliday; his beloved daughters, Linda (James) Atwood-Romano of Bonita Springs, FL, Susan (William) Jardine of Chicago, IL; his sister, Luena Whitaker of PA; five loving grandchildren, Stephen (Melissa), David (Mary Lou), Katherine (Kevin), Mary and Matthew; and four cherished great grandchildren, Roland, Joshua, Guinevere and Lillian. A private family viewing will be held in Bonita Springs, FL and he will be laid to rest beside Maryan at Evergreen Cemetery in Portland, ME. Arrangements are being handled by Shikany’s Bonita Funeral Home, Family Owned Since 1978.

Thomas W.W. Atwood, 91 of Bonita Springs, FL passed away Friday, November 5, 2021 at Physicians Regional Hospital in Naples. He had been a winter resident of Bonita Springs for many years before moving permanently from Libertyville, IL. Tom... View Obituary & Service Information

The family of LT COL Thomas W.W. Atwood, USA (RET) created this Life Tributes page to make it easy to share your memories.